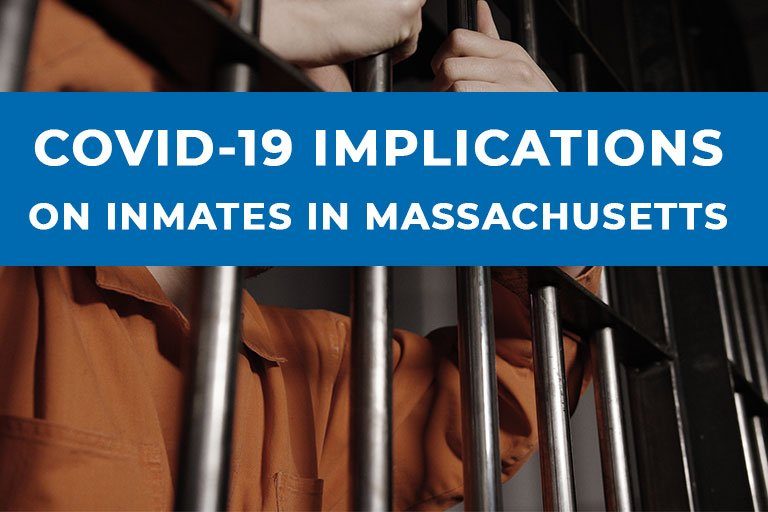 On April 3, 2020, the Massachusetts Supreme Judicial Court (SJC) issued a decision addressing the rising concerns of COVID-19 (hereinafter “the virus”) and its effect on individuals who are incarcerated in the Commonwealth.

The virus has created enormous challenges for all walks of life and is spreading at an alarming and rapidly increasing rate.  Courthouses are addressing only emergency matters in-court that cannot otherwise be resolved via video or telephonic means and the SJC has issued a series of orders aimed to protect the public health by reducing the risk of exposure to the virus to those who need to access the courts (staff, attorneys, parties and the public).

It most recently weighed on the virus’s impact on those who are incarcerated.

In Committee for Public Counsel Services & Another[1] v. Chief Justice of the Trial Court & Other[2], SJC-12926 (2020), the SJC specifically addresses individuals detained in jails and in the house of corrections pending trial, and individuals who have been convicted and are serving a sentence of incarceration.

The SJC concluded that the risks inherent in the virus constitute a change in circumstances under the bail statute, which is the standard a defendant must satisfy to revisit bail after the trial court has ruled on the issue.

Minimizing exposure to the virus within corrections system

In order to minimize exposure to the virus within corrections system, any individual who is not being held without bail under the dangerousness statute, and has not been charged with an excludable offense (i.e. a violent or serious offense) is entitled to a rebuttable presumption of release, and shall be ordered released pending trial on his or her own recognizance, the Commonwealth can establish to the trial court’s satisfaction that a defendant’s release poses an unreasonable danger to the community or the individual presents a very high risk of flight.

The SJC acknowledges that the COVID-19 situation is urgent and unprecedented.  Accordingly, the reduction in the number of people who are held in custody is necessary.

The process to reduce the inmate population, but implementing the high court’s ruling of presumptive release requires individualized determinations and should focus first on those who are in pretrial custody and are not been charged with committing violent crimes.

Pretrial detainees who are not charged with an excludable offense, and who are not held without bail on grounds of dangerousness, as well as individuals who are being held pending a final probation violation hearing, are entitled to expedited hearings on motions for reconsideration of bail within two days.

These categories of pretrial detainees shall be ordered released on personal recognizance unless the Commonwealth establishes, by a preponderance of the evidence, that release would result in an unreasonable danger to the community or that the individual presents a very high risk of flight.

In making this determination, the trial court should consider the totality of the circumstances, including:

With respect to individuals who are currently serving sentences of incarceration, the SJC concluded that it does not have the power to order their presumptive release.

Due to the separation of powers within our government, the decision to release defendants who have already been sentenced lies within the executive branch of our government.

The SJC ruled that it does not have the authority to authorize courts to revise and revoked custodial sentences, to stay the execution of sentence, or to order temporary release unless the defendant has:

The SJC further concluded that the granting of parole is a discretionary act of the parole board and also function of the executive branch of government.  In summary, the SJC does not have jurisdiction or lawful authority to impact those inmates who are presently incarcerated on a sentence.

Massachusetts Criminal Defense attorney John L. Calcagni III and his team are up to date on the evolving laws in Massachusetts related to the virus and the effects it is having on defendants who are in custody.  Contact our office today for a free-consultation (508) 213-9113.