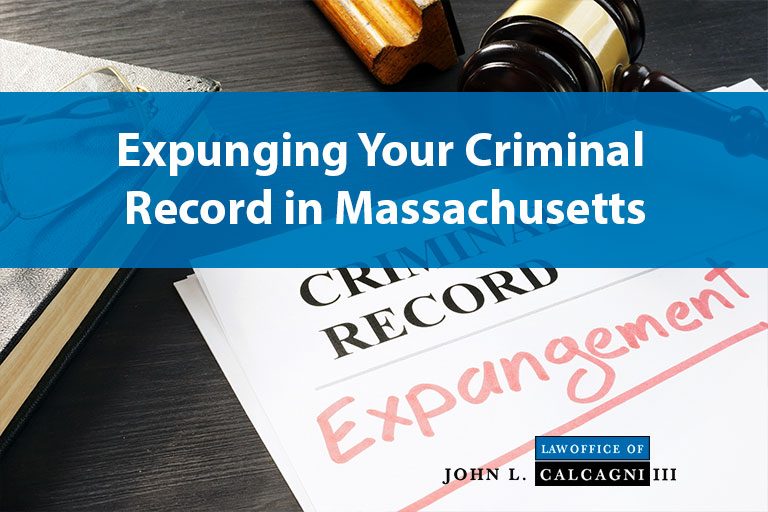 In Massachusetts, your criminal record is created when a criminal complaint issues against you and after you are arraigned in court.

When certain requirements are met, you may be eligible to petition for the expungement of these criminal records.

Expungement is the permanent erasure or destruction of your criminal record so that it is no longer accessible to, or maintained by, the court, any criminal justice agencies, or any state, municipal or county agency.

Qualifying for an expungement

Any person (“petitioner”), whether charged as a juvenile or adult, who has not more than two cases on their record from any state or jurisdiction, other than motor vehicle offenses in which the penalty does not exceed $50.00, may petition the Commissioner of Probation (“commissioner”) to expunge their record.

It is important to note that multiple offenses arising out of the same incident are considered a single offense.

In order to be eligible for expungement, the following criteria must be met:

If the petitioner was adjudicated delinquent or as a youthful offender in juvenile court, or convicted as an adult, and they are deemed ineligible for expungement, the commissioner shall, within sixty days of receiving the petition, deny the request in writing.

If the district attorney files an objection

The court shall, within twenty-one days of receipt of the petition, conduct a hearing.  If the district attorney does not file an objection, the court may approve the petition without a hearing.  Whether an objection is filed by the district attorney or not, the court has the discretion to grant or deny the petition based on what is in the best interests of justice.  Once the court issues its order, it is then forwarded to the clerk of the court where the offense occurred, the commissioner and the commissioner of CJIS.

If the petitioner was not adjudicated delinquent or as a youthful offender in juvenile court, or was not convicted as an adult, for instance, they were found not guilty after trial, their case was dismissed by the court or the district attorney, or the grand jury failed to return an indictment, there are a few subtle differences in the above-referenced procedure:

Under a narrow set of circumstances, an expungement request can be filed directly with the court.  In order for a petition of this nature to be granted, the court must find by clear and convincing evidence that the record was created as a result of false identification or identity theft, the offense is no longer a crime, there was an error or errors committed by law enforcement, civilian witnesses, expert witnesses, and/or court personnel, or if there was a fraud perpetrated on the court.

In this instance, the court still has the discretion to grant or deny the petition based of what is in the best interests of justice, however it is only required to hold a hearing if requested by the petitioner or district attorney.  Once the court issues its order, again, it is then forwarded to the clerk of the court, the commissioner and the commissioner of CJIS.

If you successfully expunge your record, you can indicate that you have no record with respect to any inquiry regarding your expunged record on any application for employment for any county, municipal or state agency.  If you were arrested or charged with a crime in Massachusetts, and believe you may be eligible to have your criminal record expunged, call the Law Office of John L. Calcagni, III New Bedford, MA for a free consultation.