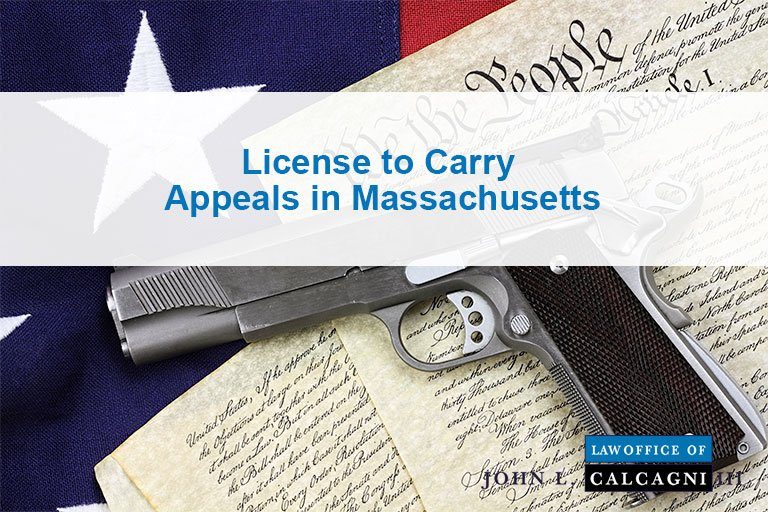 In Massachusetts, residents age 15 years or older, who wish to possess, carry, and transport firearms, ammunition, and feeding devices are required to have a firearms license. Firearms licenses are typically issued by municipal police departments, which have great discretion in determining who is licensed.

Firearms licenses are categorized based upon the type of firearms one seeks to possess.  A License to Carry (LTC) allows for the purchase, possession, transportation, and carrying of:

This is the only license that will allow for the carrying of concealed handguns (whether loaded or unloaded).

Unless suspended or revoked, FIDs and LTCs are valid for a period of six years, before one must file an application for renewal.

Applying for an FID Card

In order to apply for a FID, an applicant must be age 18 or older (person age 14 -17 may apply with parental consent).

Applying for an LTC Card

In order to apply for a LTC, an applicant must be age 21 or older.   Under Massachusetts law the issuance of an LTC is subject to “such restrictions…the licensing authority deems proper.”

There are a number of disqualifiers that will prohibit a licensing authority from granting an LTC.  Some of these disqualifications include, but are not limited to:

Licensing Authority Has the Power to Deny

A licensing authority also has the power to deny a LTC applicant based upon his or her “suitability.”  There is no statutory definition of a “suitable person,” but the standard is consistent with judicial recognition that the objective is to restrict “access to deadly weapons by irresponsible persons.”

Although an applicant may be denied outright if any of the disqualifiers listed above apply, a denial based upon mere suitability is more subjective.  While police chiefs do hold the power to exercise such discretion, a criminal defense attorney can assist you if police have overstepped their authority by denying an LTC based merely on “unsuitability.”

What Can You Do If You Have Been Denied an LTC Card?

If you have been denied an LTC, or have received a suspension or revocation letter, you may appeal the police chief’s decision in district court within 90 days of receiving such notice.  An attorney can help you to prepare and file a petition for judicial review, which starts the appeals process.  After that, you may have the opportunity for a trial before a judge, wherein you must show that the licensing authority’s decision was “arbitrary and capricious.”  At the hearing, you can testify, call witnesses, present evidence, and cross-examine the chief.

If the district court judge upholds the licensing authority’s decision, it is possible to appeal to the Superior Court, the Appeals Court, and then the Supreme Judicial Court.

However, one’s best chance of success is typically with the district court, so it is recommended that you hire an experienced attorney as soon as possible following denial, suspension, or revocation of your LTC.  Call the Massachusetts Gun Rights Defense Lawyers at the Law Office of John L. Calcagni III, Inc. today at (508) 213-9113 or Email for a free consultation.