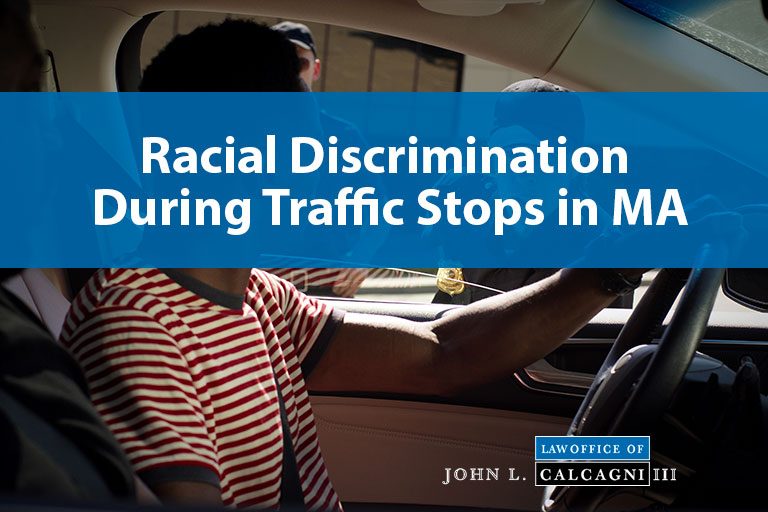 Equal protection under the law for minorities and other protected classes of persons has been an ongoing legal issue for centuries.  All too frequently, the prohibition against facially discriminatory laws and criminal procedures has been inadequate to address racism and other forms of discrimination by law enforcement.  Particularly, there are legitimate concerns about racial profiling by law enforcement in both criminal investigations and traffic stops.

The Supreme Judicial Court (SJC) of Massachusetts has identified the discriminatory enforcement of traffic laws as particularly toxic.  Data proves that police stop motorists of color disproportionately and more often than white motorists for insignificant violations, and sometimes for no reason at all.  The SJC has now addressed this fundamental problem in Massachusetts.

In 2020, the SJC handed down the landmark case of Commonwealth v. Long to curb ongoing, unfair racial profiling by law enforcement was modified by police.  Prior to Long, a defendant could move to suppress evidence seized in support of his prosecution upon establishing a reasonable inference of improper discrimination in traffic law enforcement.

Because of the difficulty of showing that a particular traffic stop was racially motivated, the only practical way to meet this high burden was through the presentation of statistical evidence of the arresting officer’s motor vehicle stops in other cases.  However, this statistical stop data was inadequately preserved by law enforcement, and therefore, unavailable in most instances.

Following the SJC’s decision in Long, while the use of statistical data continues to be one means by which a defendant may raise a reasonable inference that the challenged traffic stop was racially motivated, the Court expanded and clarified other ways in which such an inference may be raised: by evidence of the totality of the circumstances surrounding the stop itself.  Long lists out several factors, for the Courts to consider, including, but not limited to:

The Long case also redefined the phrase reasonable inference to simply mean that the defendant must produce evidence upon which a reasonable person could rely to infer that the officer discriminated on the basis of the defendant’s race or membership in another protected class, and that conclusive evidence is not needed.

Once this is established in the defendant’s written motion, Long now shifts the burden at the suppression hearing to the Commonwealth to rebut the defendant’s allegation of improper discrimination by law enforcement.

If you have been criminally charged in the Commonwealth of Massachusetts, and believe that the evidence seized by law enforcement in support of your arrest, or your arrest itself, was motivated by discrimination, call the Law Office of John L. Calcagni III New Bedford, MA today for a free consultation (508) 213-9113.  Attorney Calcagni and his team have extensive knowledge surrounding the laws in Massachusetts related to unlawful discrimination and may be able to give you the advantage you need to secure the dismissal of your case.