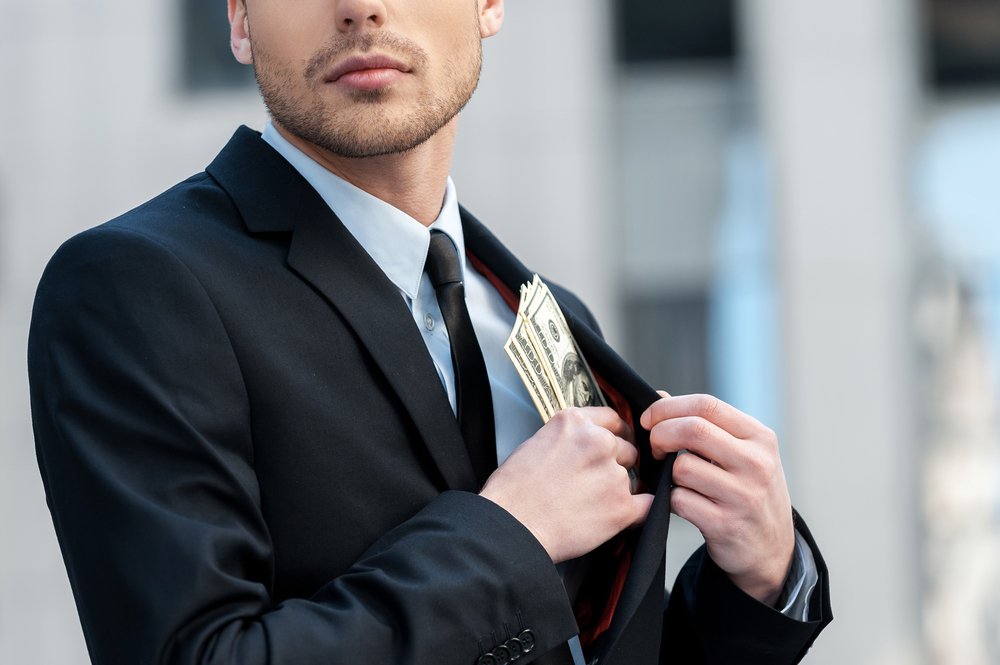 Embezzlement is plain and simply theft. The dictionary definition is “theft or misappropriation of funds placed in one’s trust or belonging to one’s employer.” For example, an accountant that “cooks the books” and makes money belonging to their company disappear into their bank accounts. The United States has had its fair share of famous embezzlement cases. Today we are going to take a look at the top 5 embezzlement cases in U.S. history.

One of the most compelling embezzlement cases of all time was Robert Vesco. The SEC says that Vesco embezzled $224 million. However, Vesco never stood trial for these allegations. As soon as the charges were filed, Vesco fled the country to Havana Cuba. The CIA tracked down Vesco, but unfortunately, Cuba refused his extradition. Vesco spent the rest of his days in South American countries with no extradition laws living off of the money that he stole. This wasn’t the only controversy surrounding Vesco. The Watergate scandal and more than $200,000 of illegal campaign contributions to Richard Nixon are also suspected. Robert Vesco died in 2007 although even his death is shrouded in speculation.

In March of 1998, the Federal Bureau of Investigation brought charges against four bank employees. The case instantly became notorious because of the large amount of money involved. First National employees almost stole $70 million dollars. First National employees made plans to send the money to “dummy” accounts in Australia. Dummy accounts are anonymous and untraceable accounts. The only problem with their plan was that Merill Lynch found more than $20 million missing from their account. Merrill Lynch immediately contacted the FBI and caught the four employees before they could make off with the money.

One of the most famous recent embezzlement cases belongs to comedian Dane Cook and his half brother, Darryl McCauley. The case came to a conclusion in 2010. Darryl McCauley embezzled millions of dollars from Dane Cook. Darryl was Dane’s business manager for most of his career. Having access to Dane’s finances meant that he could steal from him and hide it. Unfortunately for McCauley, Dane Cook found out. The most shocking example is the more than $3 million check McCauley wrote himself while forging Cook’s signature. Darryl McCauley is still currently serving his six-year prison sentence.

Taken as separate events these cases are small cookies(get the pun?) in comparison to the rest on the list. Most Girl Scout embezzlement cases involved less than $10,000. However, these cases brought light to an ongoing problem in the organization. Adults were stealing from children. The money the Girl Scouts collect from fundraisers and cookie sales support their local organizations and activities for the children.

Bernie Madoff is now a household name. Unfortunately for him, his notoriety came for all the wrong reason. Madoff ran the largest embezzlement scam in history. The total of Madoff’s scam was $50 billion. Yes, that is billion with a b. Bernie Madoff may be different from some of the rest of the list because of the way he perpetrated his crime. However, at the end of the day, it is still embezzlement. Madoff would take money from new investors to pay old investor’s “returns.” The punishment also fit the crime. In 2009 Madoff received a 150-year prison sentence. This ensures that Bernie Madoff will die behind bars.

Another large-scale Ponzi scheme involved Allen Stanford. Stanford was the owner and CEO of the Stanford Financial Group of Companies. With his status, he was able to con people out of $8 billion. Allen Stanford was sentenced to an 110-year prison sentence.

In a 1997 case involving Day-Lee Foods, a Japanese-owned meat processing company in California. CFO Yasuyoshi Kato managed to embezzle the largest amount from an employer in U.S. history. The total amount of money stolen was $90 million. Kato was the only employee with access to the banking statements of the company. This made it easy to hide his crimes for quite some time. If it wasn’t for that pesky organization, the IRS, Kato might have gotten away with it. His lavish lifestyle that was way above his means helped the IRS catch on. In the end, greed got the best of Kato, and he spent some time behind bars in California.

The Lack of Return to Victims

In some of these embezzlement cases, the funds that were stolen were never returned. This is especially true in the two Ponzi schemes that we mentioned. Government agencies continue the search for missing and hidden funds. These funds are then distributed to the victims of the crimes. However, most victims only receive pennies on the dollar. Most of the funds will never be found because they are already gone.

If you are the target of false embezzlement allegations, contact a experienced embezzlement lawyer today and see how they can help.