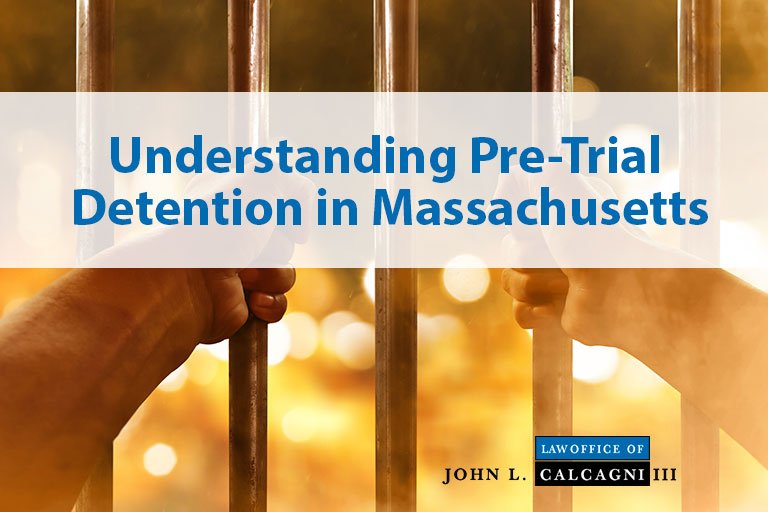 At the time of a defendant’s initial appearance before the court, otherwise known as an arraignment, a criminal defendant may be ordered held without bail on grounds of dangerousness pursuant to M.G.L. c. 276, § 58A.  This is prompted by the Commonwealth filing a Motion for Order of Pre-Trial Detention.  Once this motion is filed, a formal hearing, known as a dangerousness hearing, is conducted to determine if the person should be released on personal recognizance, bail terms and conditions, or if he or she should be detained without bail during the pendency of the case.

A dangerousness hearing is held immediately upon the Commonwealth’s motion unless either party (prosecution or defense) can show good cause for a short continuance.  The Commonwealth may not seek a continuance longer than three days.  The defense may seek a longer continuance upon a showing of good case.

The defendant is detained while awaiting a dangerousness hearing.  It is common to request a short continuance to adequately prepare for this event.  At the hearing, the defendant has a right to be represented by counsel, and, if financially unable to retain adequate representation, to have counsel appointed.

The defendant also has a right to testify, present witnesses, cross-examine witnesses who appear for the prosecution, and to present information on his behalf such as information related to his or her ties to the community.  Rules of evidence do not strictly apply at the dangerousness hearings, and therefore, the court may consider hearsay statements and other evidence otherwise inadmissible at a trial.

The charges for which an individual may be detained on dangerousness grounds are limited and are referred to as predicate offenses.  If a predicate offense is not charged, a defendant may not be held without bail.

What are predicate offenses?

Predicate offenses under § 58A are either specifically listed in the statute or are those felonies that have as an element of the offense the use, attempted use or threatened use of physical force against the person of another, or are a misdemeanor or felony involving abuse.

Abuse is defined in M.G.L. c. 209A, § 1, as the occurrence of one or more of the following acts between family or household members:

A person can be held without bail in Massachusetts on dangerousness grounds if the Court finds by clear and convincing evidence that:

With regard to the first requirement, the Commonwealth has the burden at dangerous hearings of establishing by clear and convincing that the defendant committed a predicate offense.  This may be done by calling live witnesses to testify, or alternatively, submitting evidence such as police reports and other documentation setting forth the factual allegations and evidentiary support of the charged offense(s).

If live witnesses are called, the Defense is afforded the chance for cross-examination, as well as the chance to offer evidence of a substantive defense or any mitigating and/or extenuating circumstances regarding the alleged offense(s).

If the court determines there is a factual basis to conclude a predicate offense has been committed (i.e. probable cause), it must then decide if there are any bail conditions, which could be imposed, that would ensure the safety and protection of the community from any danger(s) associated with the defendant’s release.

When assessing the second requirement, the court must consider:

If the judge orders the defendant detained, he or she must include written findings of fact and a written statement of the reasons for detention.

A dangerousness hearing may be reopened by the judge, at any time before trial, or upon a motion of the Commonwealth or Defense if the judge finds that:

If you are charged with a crime or are under investigation in Massachusetts for a predicate offense, you face the possibility of being detained without bail on dangerousness grounds. To prepare yourself for this event and to develop a bail strategy that maximizes your chance for pretrial release, call the Massachusetts Criminal Defense Law Office of John L. Calcagni III today at (508) 213-9113 or send us a direct message.