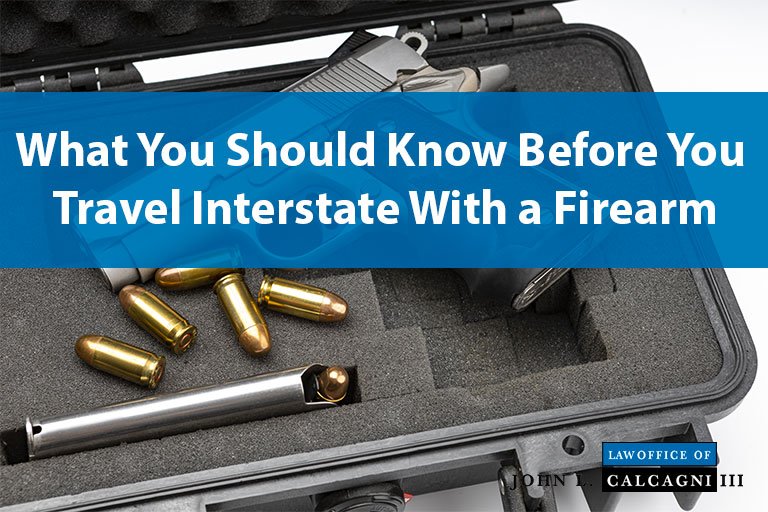 The gun laws in the United States vary from state to state.  There is also a body of federal law pertaining to the ownership, use, possession, manufacturing, and distribution of firearms.

However, the majority of legislation relating to guns is enacted by the states with each having different rules regarding the purchase, possession and ownership of firearms and ammunition.

Some states have less restrictive laws than others.  These differences often result in both confusion and misunderstanding by gun owners, some of whom fall victim to unexpected criminal charges.

Firearms may be carried in one of two ways:

States have discretion to determine how to issue permits and licenses regarding the ownership, possession and carrying of firearms, and whether firearms may be carried in a concealed or open manner.  Permits to purchase and own firearms vary by state and in some jurisdictions, by the type of gun (i.e. handgun, rifle, etc.), ammunition and magazine capacity.  Most states do not require the registering of firearms, while others do, and a federal criminal background check is required to purchase or acquire a firearm in all states.

Because of the difference in gun laws throughout the country, it is important for individuals to be aware that just because you have the right to own or carry a firearm in one state does not mean you can do so in another state.

For example, in Massachusetts a person must apply for and be granted a Firearm Identification (FID) Card to purchase and own a firearm.

To obtain an FID card, a person must apply with the local police department in the town or city where they reside.  A formal application must be submitted and the issuance (or denial) of the FID card is within the discretion of the department.

In Rhode Island, an individual must simply pass a safety exam to obtain a “Blue Card” for firearm ownership.  Massachusetts also has a magazine size restriction that prevents individuals from possessing a firearm with a capacity of more than ten (10) rounds where Rhode Island does not.  Therefore, if a resident of Rhode Island with a valid Blue Card is discovered by a Massachusetts law enforcement without an FID card or Massachusetts License to carry (LTC), and/or with more than ten (10) rounds of ammunition in their firearm, they can be arrested and criminally charged with unlawful possession of a firearm and/or ammunition.

There are many states that will honor the firearm permits and licenses that are issued in another state.  These states have entered into what is referred to as a reciprocity agreement, however the level of permit reciprocity recognized by each state varies.

Due to this variation in reciprocity laws, a person needs to pay close attention to each states’ laws if they want to travel interstate with their firearm.

For instance, in Massachusetts, if you are caught with a firearm or ammunition without an FID card or LTC outside of your home, the criminal penalty set forth in the statute is a mandatory eighteen (18) months at the House of Corrections with no parole, furlough or sentence reduction.

Mistake of the law is not a criminal defense.  Although you may not have intent to commit the crime, you are still criminally culpable if you are in possession of a firearm and/or ammunition contrary to state law.

If you have a valid firearm license or permit in one state, and have been arrested for possessing a firearm or ammunition in another, call Rhode Island and Massachusetts Criminal Defense Attorney John L. Calcagni III today for a free consultation.